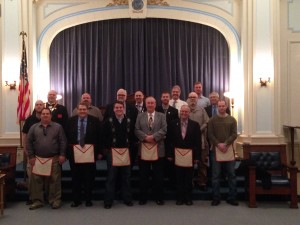 Congratulations to our newest Royal and Select Masters!

The York Rite, or more correctly, the American Rite, is based on the early remnants of Craft Masonry that were practiced in the early 1700’s. The formation of the first Grand Lodge of England in 1717 specified that the lodges were to confer only the degrees of Entered Apprentice, Fellowcraft, and Master Mason, all other degrees being considered spurious. However, many lodges had been conferring other degrees that they considered an integral part of Masonry, in particular that of the Royal Arch, and formed their own Grand Lodge in 1751, terming themselves the “Antients” and the other Grand Lodge members the “Moderns.” With the merger of the two Grand Lodges in 1813 into the United Grand Lodge of England, the lodges agreed that only the three accepted degrees of Masonry would be used by the lodges, but the degree of the Royal Arch would be attached to Chapters allied directly to these lodges and bearing the same number as the lodge, though as a separate body. Thus, unlike the Ancient and Accepted Scottish Rite, which claims to hold the power of conferring the first three degrees of Masonry in addition to those under its jurisdiction, those found in the York Rite have rightfully acknowledged the fact that they are considered appendant to those of Ancient Craft Masonry. It is still the practice in English Masonry that a Masonic member is not considered to be in possession of all the degrees of Ancient Craft Masonry until he has been exalted to the Royal Arch. 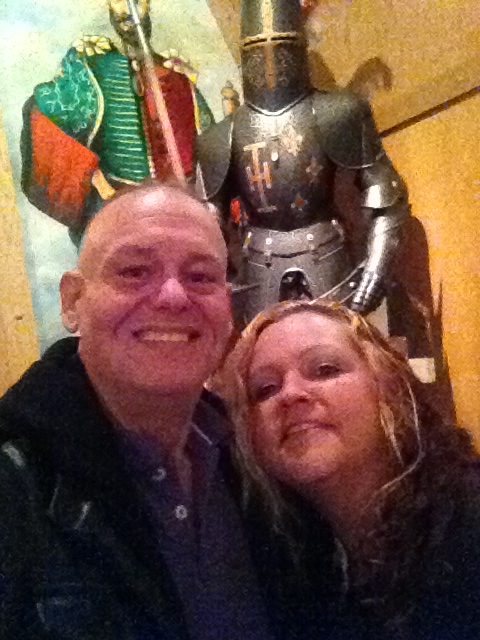